Back to all New York Tours

With its monumental skyline and iconic attractions that have inspired thousands of films, New York is an exciting city that never ceases to amaze locals and tourists alike. It is also one of the most diverse and populated cities in the United States, home to 8.4 million people from all over the world. The best way to get around the Big Apple is our four-hour City Tour, in which we’ll visit the city’s must-see sites, from north to south. Book your New York City Tour now!

We will pick you up at your hotel if it is located in Midtown Manhattan.

Central Park is an urban park located in Manhattan. It is the fifth-largest park in the city by area, covering 843 acres (3.41 km2) and the most visited urban park in the United States. It is also the most filmed location in the world and of course one of New Yorkers’ favorite spots.

One of the largest performing arts centers in the world. It has thirty indoor and outdoor facilities and is host to 5 million visitors annually. Lincoln Center houses nationally and internationally renowned performing arts organizations including the New York Philharmonic, the Metropolitan Opera, and the New York City Ballet.

This famous apartment building was built in 1880 by architect Henry J. Hardenberg. The building is sadly famous for the 1980 murder of John Lennon as he entered the building. His widow, Yoko Ono, continues to live on the seventh floor of these apartments.

It’s one of New York’s best-known and most iconic neighborhoods. Harlem is mostly known for its musical history and its “soul food,” the traditional African-American food.

One of the most famous avenues in the world and the main artery of Manhattan, in fact, is the axis that divides the city into two sectors, the East Side and the West Side. Packed with luxury apartments, historic mansions, and exclusive stores, Fifth Avenue is a symbol of New York’s economic bonanza.

It’s the southernmost part of Manhattan, and the central borough for business, culture, and government in New York City. Here you will find Wall Street, City Hall, the Financial District, and Ground Zero.

A commercial and financial complex located in Lower Manhattan, which replaces the previous one located in the same place and with the same name, which was destroyed in the attacks of September 11, 2001.

It’s undoubtedly the quintessential symbol of the United States and one of the most visited and photographed monuments in the world. This was a gift from France to the United States in honor of the bonds of friendship during the War of Independence.

We end up in Battery Park City, home of the Ferry to the Statue of Liberty. There you have the option to visit the Statue or return to your hotel on your own. 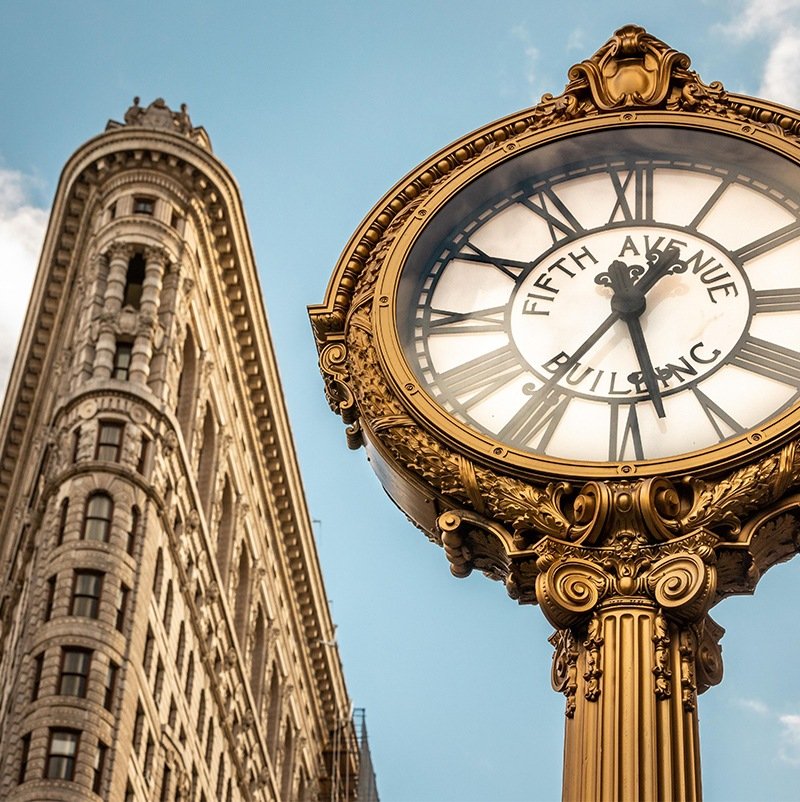 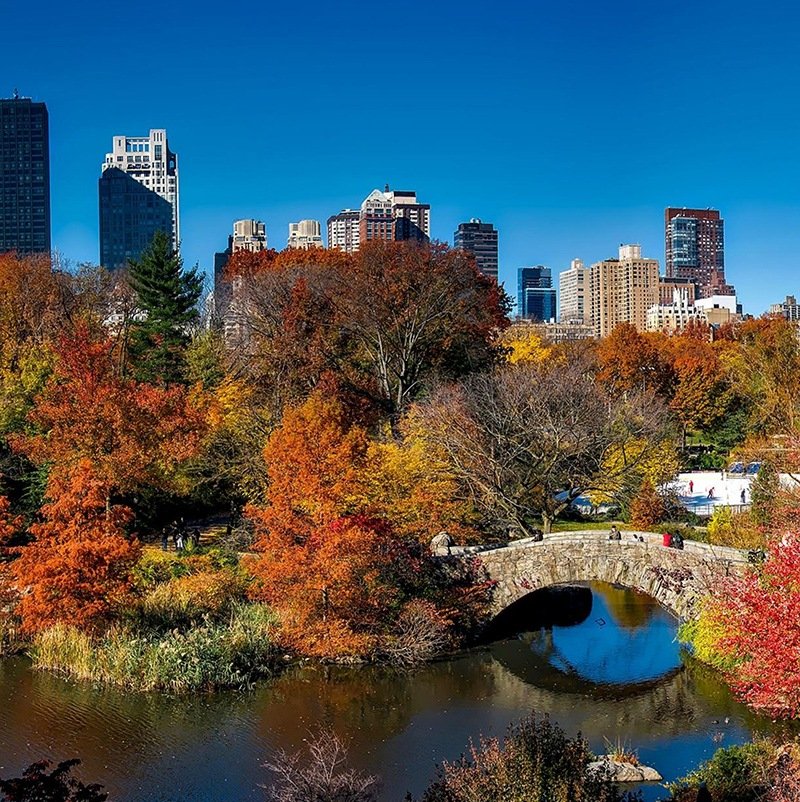 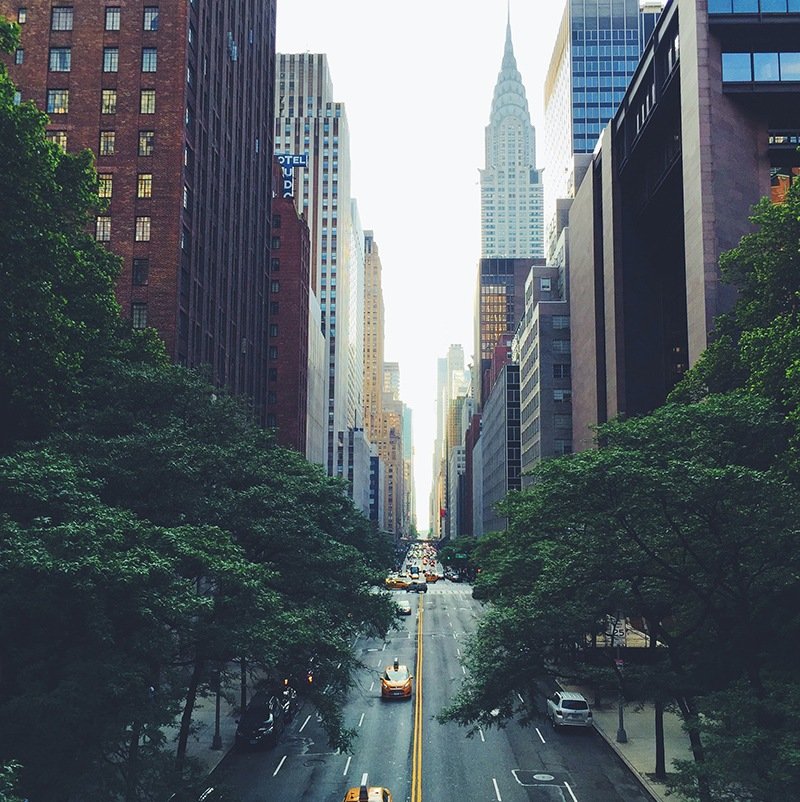 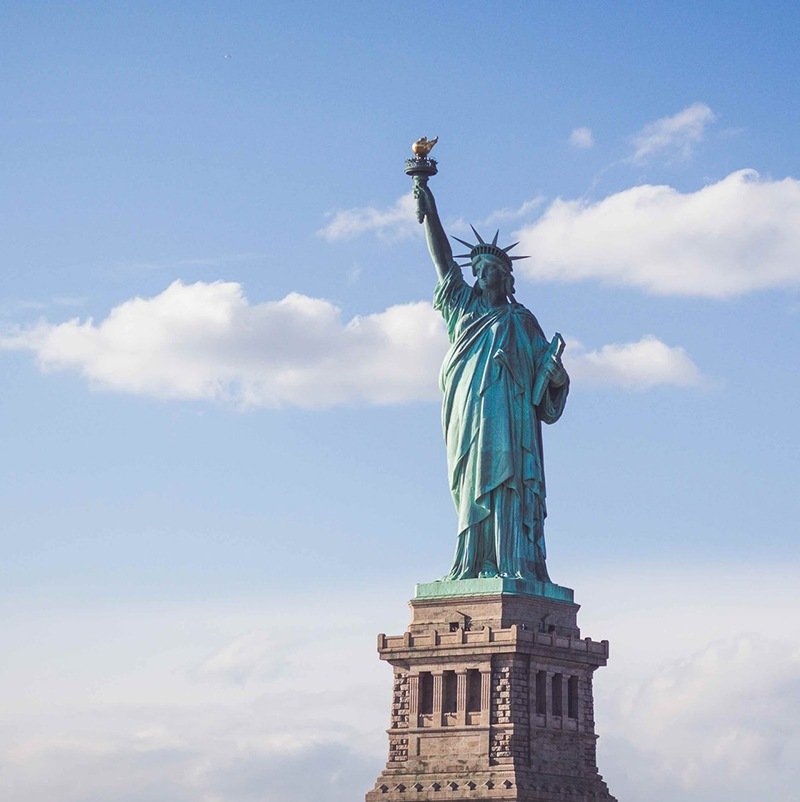 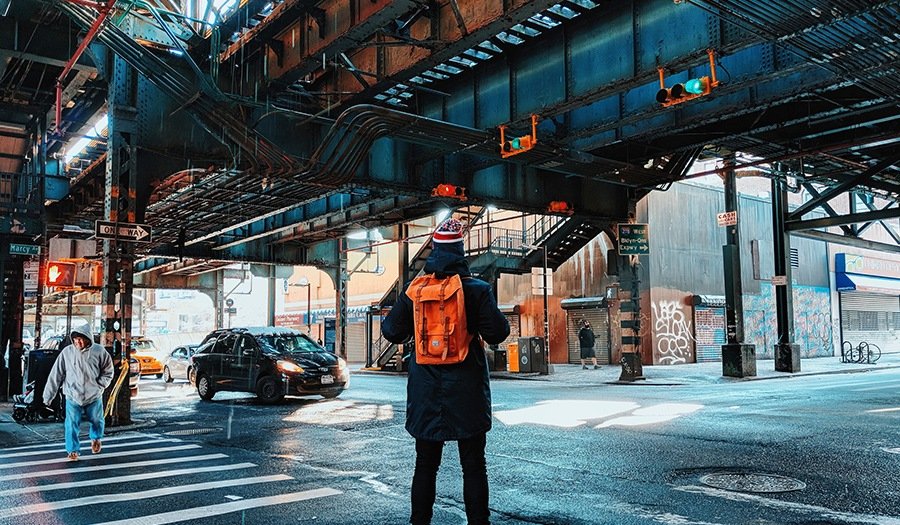